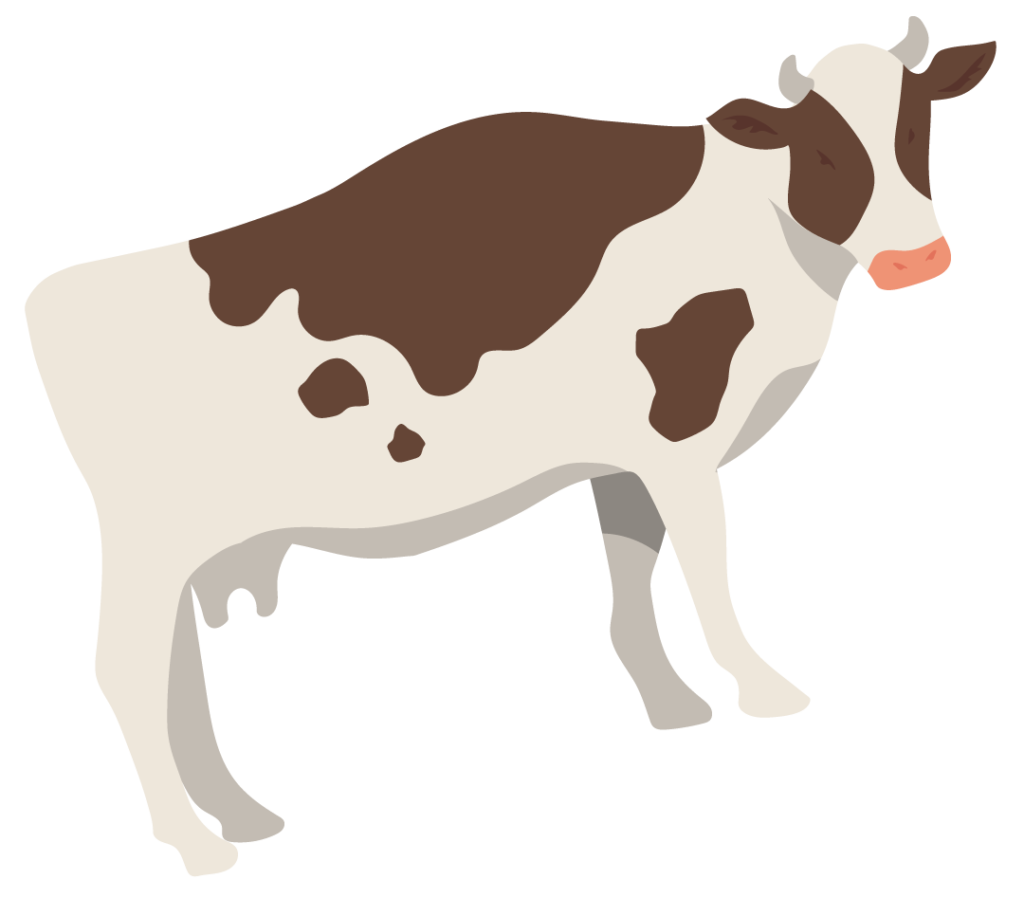 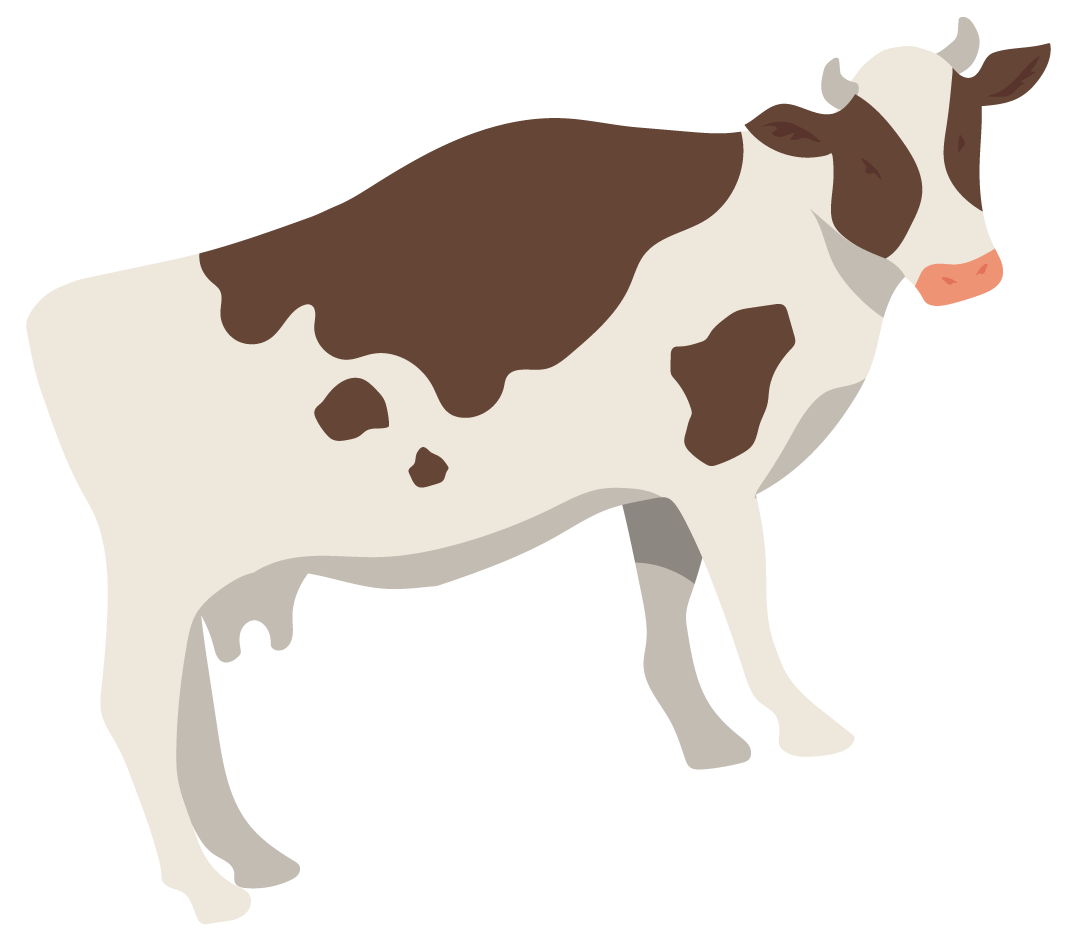 Cows and Goats in the Dairy Industry

It is easy to understand the popularity of dairy foods. Subsidized by the government, the dairy industry has long promoted cow’s milk as a mealtime staple, further perpetuated by USDA diet guidelines. Moreover, many consumers consider ice cream to be a comfort food. And cheese—well, people seem to be obsessed with cheese. But beneath the glossy exterior of expensive marketing and food pyramids is a deeply troubling reality that the public rarely sees.

Cows and goats, the animals most commonly exploited for dairy products, suffer immense physical and emotional cruelty so humans can take and consume their milk. Like humans, cows produce milk solely to nourish their babies, and left to themselves, the mother would nurse her baby for six to nine months. The two gentle animals, mother and her offspring, are closely bonded and normally remain together in the same herd. A cow’s natural lifespan is 20 years or more.[1]

In the dairy system, however, the cow’s tail is cut off[2] and her horns are removed with a hot iron or caustic paste[3] (generally without pain killers), her ears are tagged, and, upon reaching reproductive maturity (about 2 years old), she is forcibly impregnated through artificial insemination.[4] She will carry her calf for nine months, and after giving birth, she will be separated from her baby, even on so-called “humane” farms. Confused and distraught by the other’s absence, they will sadly call to each other, often for weeks.

If the newborn calf is female, she will probably be placed in a tiny enclosure, fed a synthetic milk alternative, and eventually exploited by the dairy industry, just like her mother, though some dairies send them to slaughterhouses. If the calf is male, he will either be sold to be raised for “meat” or might simply be shot.

With the mother cow now lactating, she will be hooked up to a machine that applies a constant vacuum to her teats and can lead to a painful infection called mastitis, with pockets of pus on her udder.[5] In addition to mastitis, cows suffer a variety of physical problems in the dairy industry, especially difficulty walking, which is usually caused by standing on the concrete flooring of industrial dairies.[6]

In about five years, after enduring multiple cycles of impregnation and having her baby taken away, and with the production of milk from her exhausted body declining, the mother cow is no longer of value to the dairy farmer. She will be forced to endure transport to a slaughterhouse (again, even from “humane” farms), where she will suffer the traumatic fate of nearly all cows in the dairy industry: she will be killed for low-quality “ground beef,” such as you might find in a cheap fast food burger.

Click Here To Learn More About Cows Raised for Milk 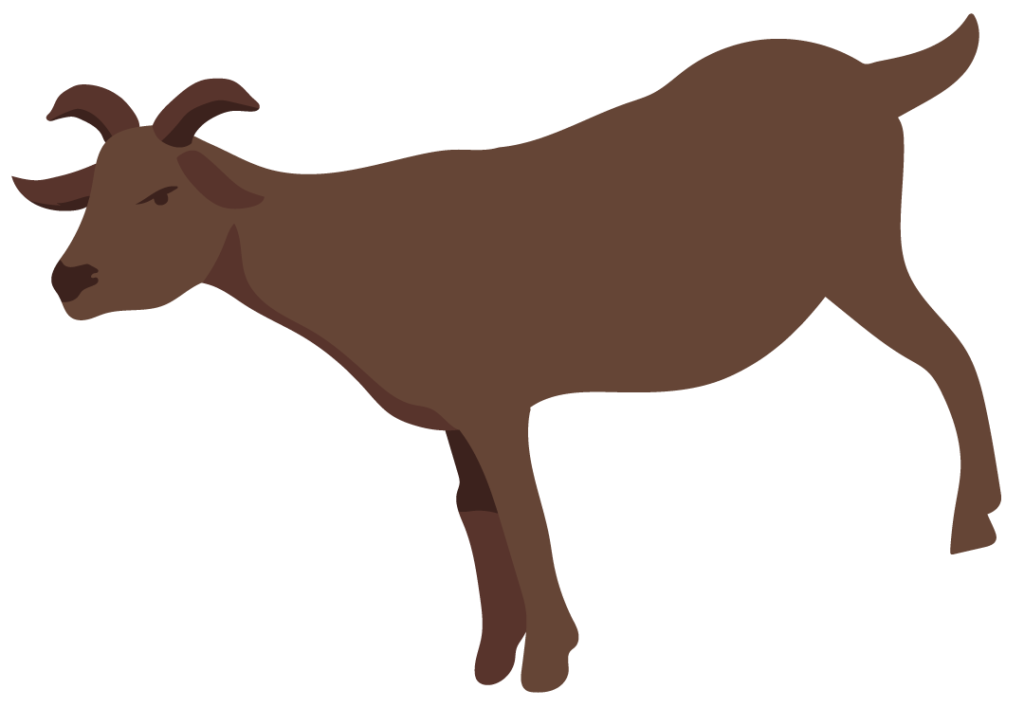 Likewise, goats in the wild form strong bonds with their family members. And like cows and humans, a goat’s milk is intended for her babies.

In nature, goats live in mountain grasslands where they spend most of their time in social herds wandering the landscape and eating. Like cows, goats are far-ranging ruminants, but they browse rather than graze, preferring to nibble vines, shrubbery, and weeds instead of chewing grass. Intelligent, inquisitive, and playful, goats will thoroughly explore anything new or unfamiliar in their surroundings.

Raising goats for milk has become a popular option for small-scale and part-time dairy farmers.[7] Many of the same cruelties suffered by cows are inflicted upon goats used for milk, including artificial insemination,[8] painful mutilation (the removal of their horns),[9] and separating the mother from her babies (kids), who are given a milk replacer instead of being allowed to nurse.[10]

Goat milk is a small industry in the United States, so goat dairies tend to be significantly smaller than cow-based dairies. In countries with larger commercial goat dairies, such as Australia and India, both of which export goat milk to the U.S., goats may be intensively housed and unable to express their natural behaviors, leading to frustration and distress.[11] Moreover, a 2019 investigation of one Australian goat dairy revealed newborn goats screaming in pain as their horns were burned off,[12] while at another dairy, newborn males were bludgeoned to death in front of their mothers, since the males are considered “surplus.”[13]

Click Here To Learn More About Sheep and Goats 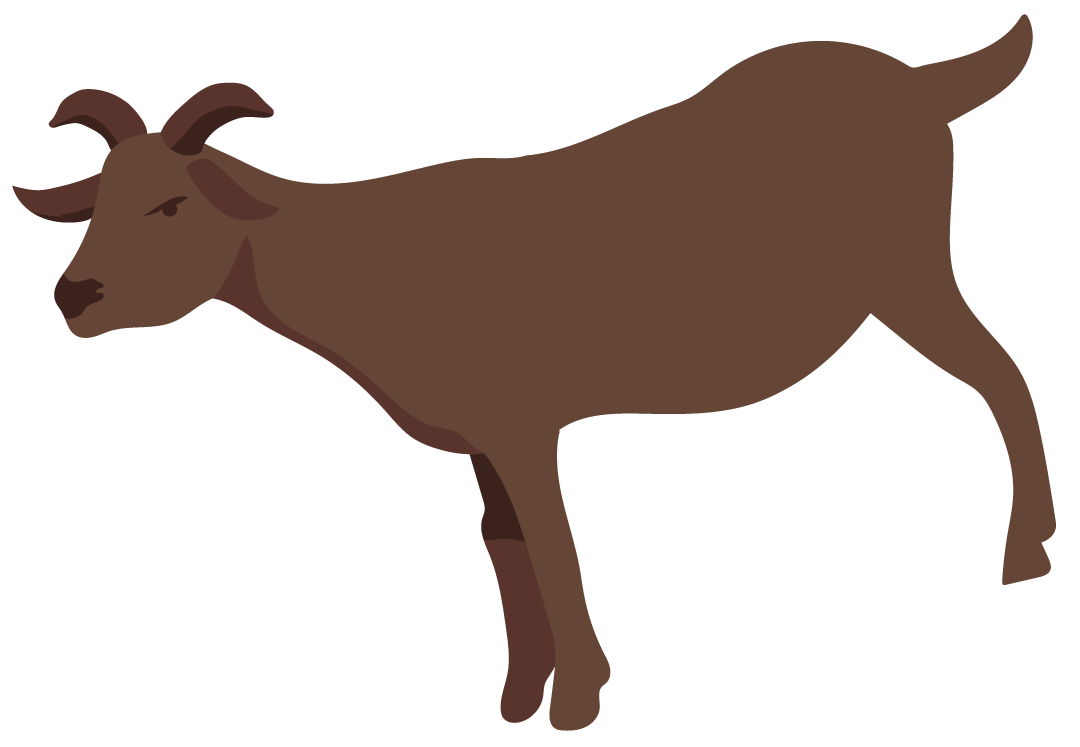